Creative Ventures recently led an investment into PlanetWatchers, a Satellite Aperture Radar (SAR) technology company that turns months of crop assessment into minutes of analysis at one-tenth of the cost. Here we unravel the underlying macro trends driving the need for SAR and why it is needed to combat the exponential growth of extreme climate.

In 2020, the world’s attention was dominated by one agenda: the Covid-19 pandemic. But not everyone could afford such singularly-focused attention:

As the world sentimentally empathized with the farmers and growers, not a single ray of light shined on the true bearer of the consequences of extreme weather: the crop insurance companies.

Extreme with an exponential touch

The number of extreme weather events has been increasing by 300-400% over the past 40 years. But when we examine the trend over recent years, we see that the number is growing exponentially. 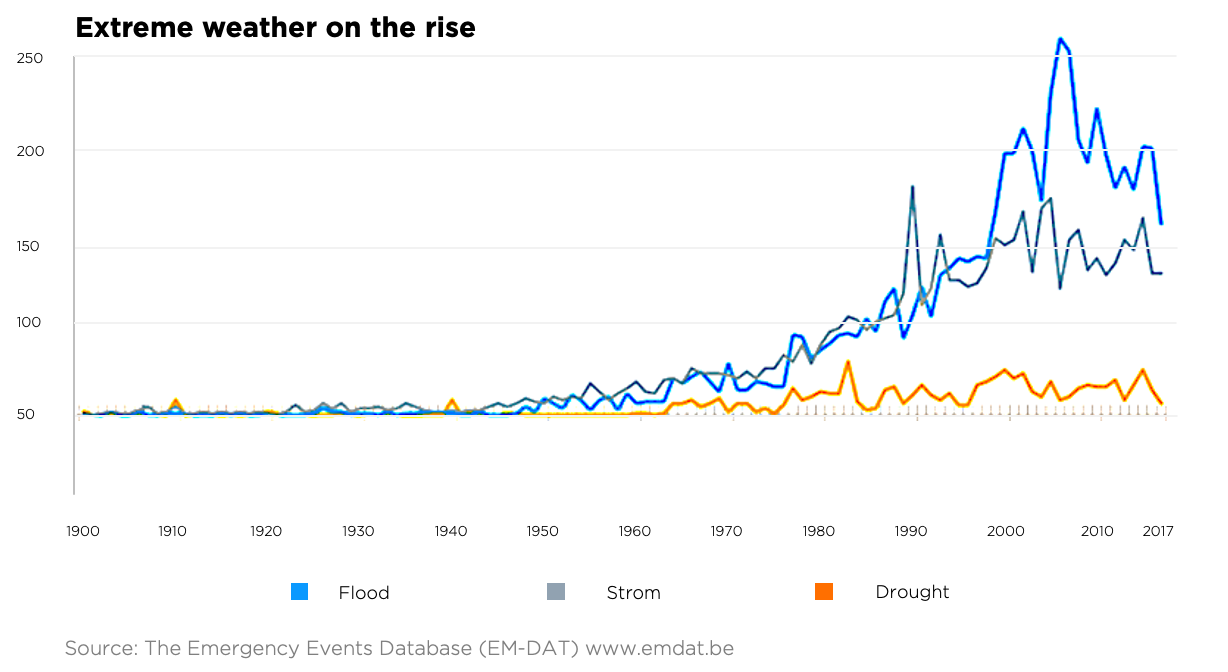 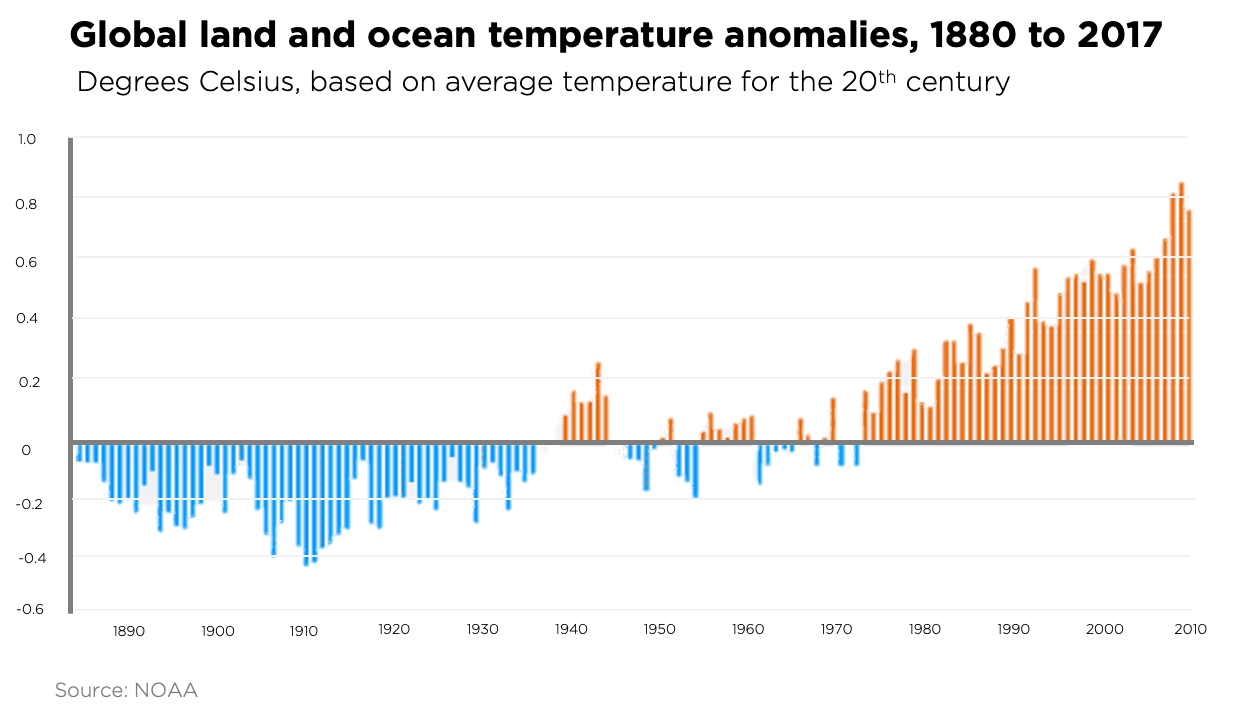 The data is by no means perfect. More events get reported nowadays, and so older figures may be low, creating recency bias. In addition, the assets at risk have changed over time — for example, there has been increased building on floodplains.

But the trend of extreme events happening more frequently as greenhouse gas emissions accumulate in our atmosphere is pretty obvious. This becomes even clearer from comparing their frequency with other natural disasters, such as earthquakes, which remain relatively stable. 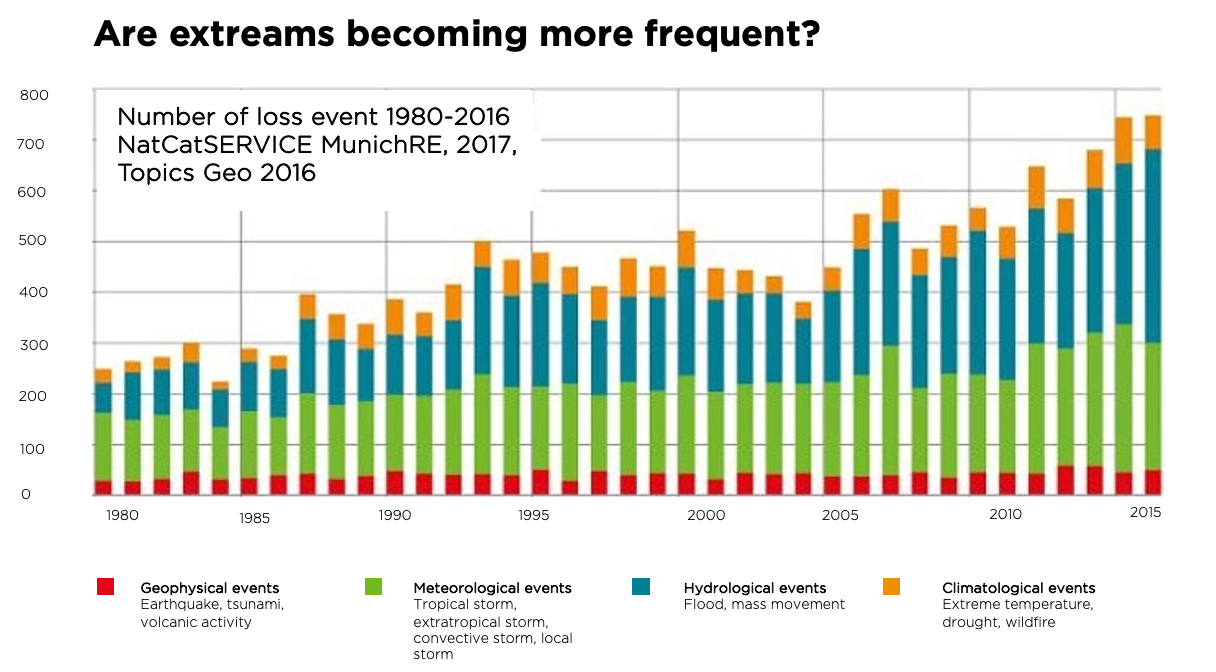 Protection with a single weakening link

Vertical farming has been coined as a solution to protecting our crops against the wrath of extreme weather. However, this method is still very expensive and does not work well with row crops, such as corn and soil bean which are the largest crops by value.

Farmers have a much easier solution; they buy crop insurance.

And the crop insurance buys reinsurance policies to spread their risk. They augment the impact of global warming by diversifying farmland and introducing yield enhancement technologies. The impact of these weather patterns is also spread out over time and not being “felt” in an acute fashion. Risk diversification works if the extreme weather happens bit by bit in a few places.

It does not work if extreme weather raids the entire planet. The crop insurance industry is one of the most exposed to this trend. If they crumble, so will our entire agriculture system. 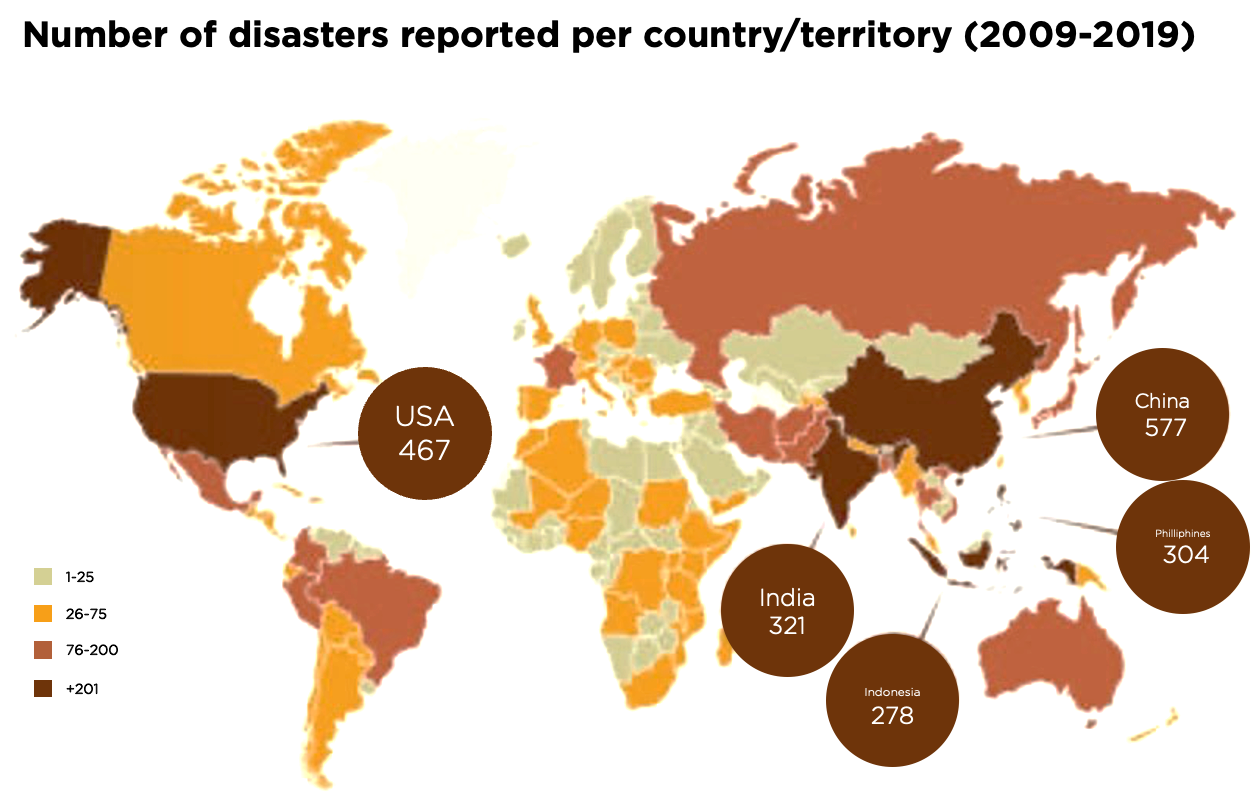 The result is economic catastrophe

In 2017, the wake of Hurricane Harvey submerged the streets of Houston, Texas, under brown floodwater; Hurricane Irma razed buildings to the ground on some Caribbean islands.

According to figures released on January 4th, 2018 by Munich Re, a reinsurer, global, inflation-adjusted insured catastrophe losses reached an all-time high of $135 billion in 2017. Total losses (including uninsured ones) reached $330bn, second only to losses of $354bn in 2011. Losses in 2017 were largely traceable to extreme weather. Fully, 97% were weather-related, well above the average since 1980 of 85%, according to the Economist. 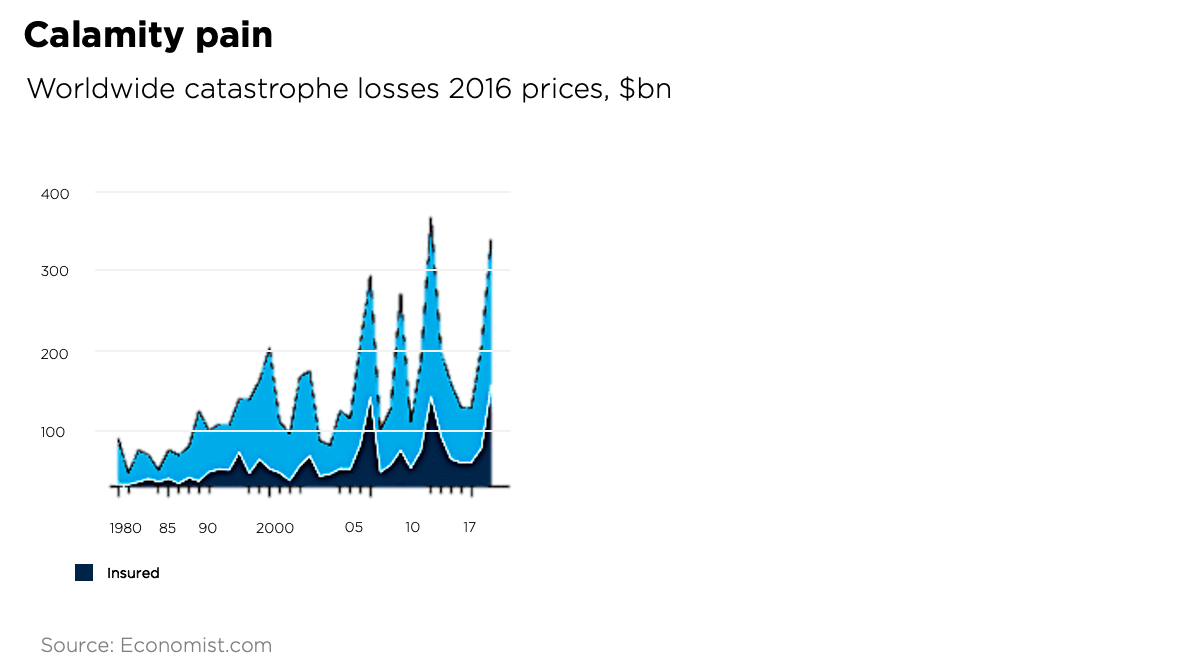 As a regulated market, crop insurance cannot increase premium to cover the cost

In the 2010s, the crop insurance industry made a loss in three out of ten years.

Crop insurance companies are, in a practical sense, a conduit of a government program.

The government largely set the price based on 10-years historical data and paid “administrative and operating (A&O) subsidy” fees to the crop insurance companies. Because of this, the insurance companies cannot price differentiate, both among themselves and among their customers.

They can only offer the exact same policy at the exact same price, and can only differentiate in their level of service, possibly prompting the necessity to process their claims faster to distinguish themselves.

The A&O subsidy is about 12% and most of it flows through as commission to the insurance agent, leaving pennies to the crop insurance companies themselves.

From bureaucrat to risk-taker: a choiceless transition

Someday, the government may relax the pricing mechanism for crop insurance premiums. But whether that happens, the crop insurance industry needs to learn how to account for the volatility of extreme climate.

Historically, crop insurance has been operating as a program administrator because of the guaranteed payment from the government. The more policies they ”sell” (which in reality means onboarding the farmer into a centralized, government-run program) the more A&O subsidy they make. The industry makes money through high volume, low margin business.

It is not surprising that the main strategy utilized in the industry has been M&A. There are about 14-15 players in the industry. The top four players command 55% of the total crop insurance market. We expect further consolidation to continue, but the runway for this strategy is running short.

Crop insurances have no choice but to embrace risk management practices to understand the underlying risk behind each policy or, if the government one day allows, price differentiate each premium.

And to do this they need cheap and accessible data with sufficient coverage and resolution.

Too expensive and prohibitive until the arrival of SAR

Earth-imaging players such as Planet (formerly known as Planet Labs) and the Climate Corporation have been providing optical images of Earth’s ground for years.

Optical imagery is generally more accessible, especially for persons or entities that have no experience in interpreting or processing satellite imagery, and thus they are easier to digest and interpret. The optics often allow the satellite to gather very detailed imagery. However, high-resolution optical Earth observation (EO) satellites are usually large and very expensive. Furthermore, they may only capture good quality images if the weather and the Sun permit. This is useful if the use case requires high precision in very defined areas, such as for the purpose of yield prediction, in which details of the images play a critical role in determining the yield.

However, extreme event monitoring use cases do not require such precision. More recently, a technology known as Satellite Aperture Radar (SAR) has emerged out of military application to augment optical images by providing radar-based images with sufficient solutions at a drastically lower cost.

SAR offers the ability to monitor vast areas over short periods of time. For instance, gathering imagery of an area that has dimensions of 100 x 50 kilometers takes around 30 seconds. Capturing optical imagery of such a small piece of the Earth, with a proper resolution may take a few days. With SAR, this will take mere minutes, making it superior to monitoring large landscapes struck by extreme weather.

PlanetWatchers is the only company to date that has effectively utilized SAR technologies to turn around insights on extreme weather impacts—which can take as long as 4 months—within one hour and at 1/10th of the cost of optical image solutions. The company has recently raised $3.5 million, co-led by Creative Ventures and Seraphim Capital, according to Private Equity Wire.

Breakthrough in SAR is likely to propagate from monitoring to prediction, given a 10x reduction in the cost of data acquisition. Such cost advantages provide a pathway for crop insurance to begin the long-awaited work of risk modeling in the industry where ground truth has traditionally been prohibitively expensive and inaccessible.