And when you see the result on paper? Ouch, Klarna. 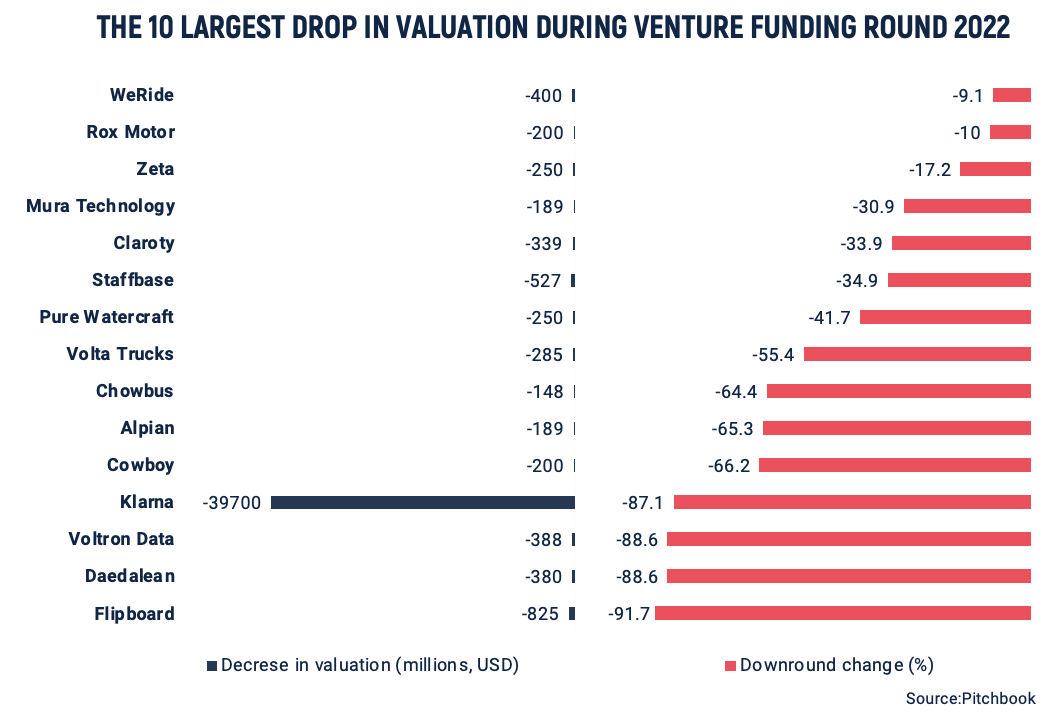 Both growth and early stages are feeling the pain.

Late-stage investment deal value continues to drop for the fourth straight quarter from 3Q2021’s high. Deal size remains high, which translates into a drop in the number of deals; valuation remain at a plateau. Early stage is seeing a similar trend, but with a 20% increase in deal size QoQ alongisde record high valuation. 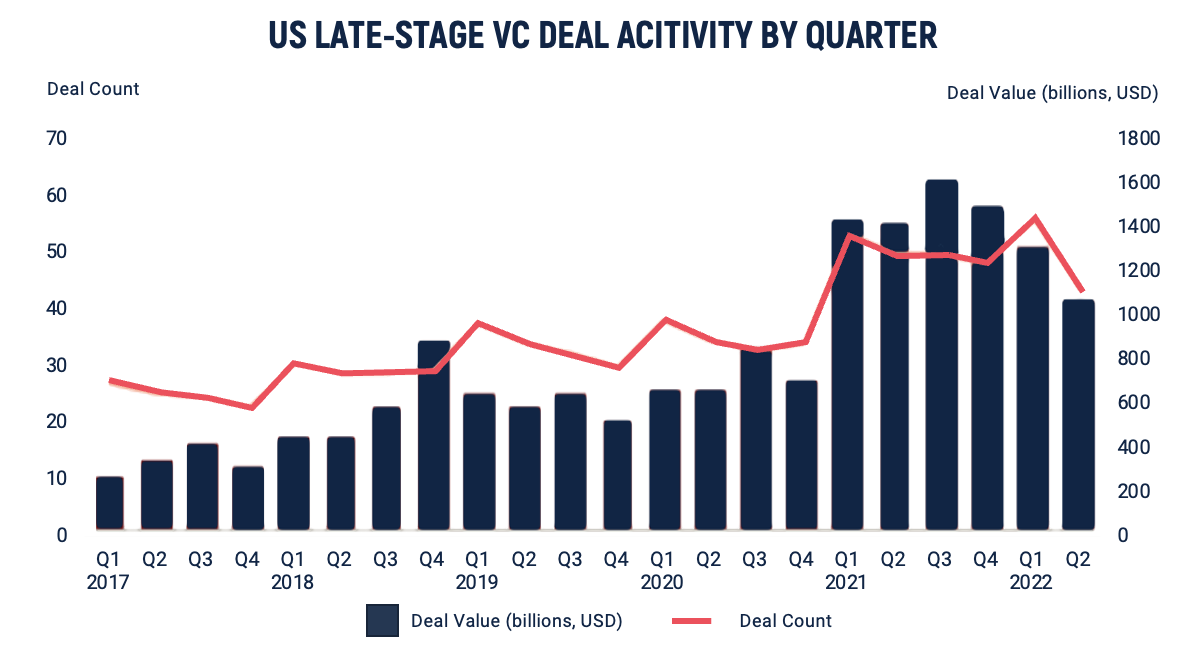 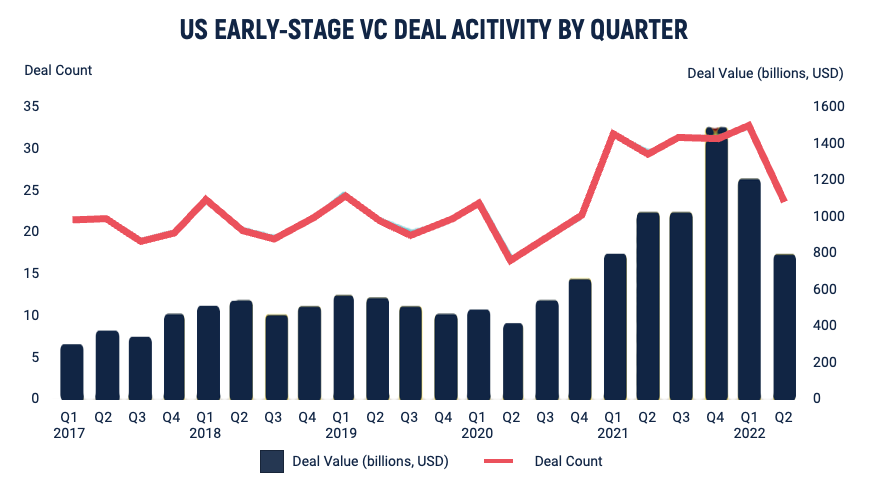 It’s a poor excuse if a VC says they don’t have money to deploy. Maybe they are at the end of their investment period or are in between funds, but more than likely, they do. “They” here means a lot of them, not just a few. If they’re telling you they don’t, we’re willing to bet they just do not want to deploy right now.

One would think that maybe VCs are having a hard time fundraising because LPs have stopped showing up in light of macroeconomic concerns. But that is also not true. Venture capital is on track to register its largest fundraising year on record despite the market correction; the first six months have garnered almost more capital than the entirety of 2021. 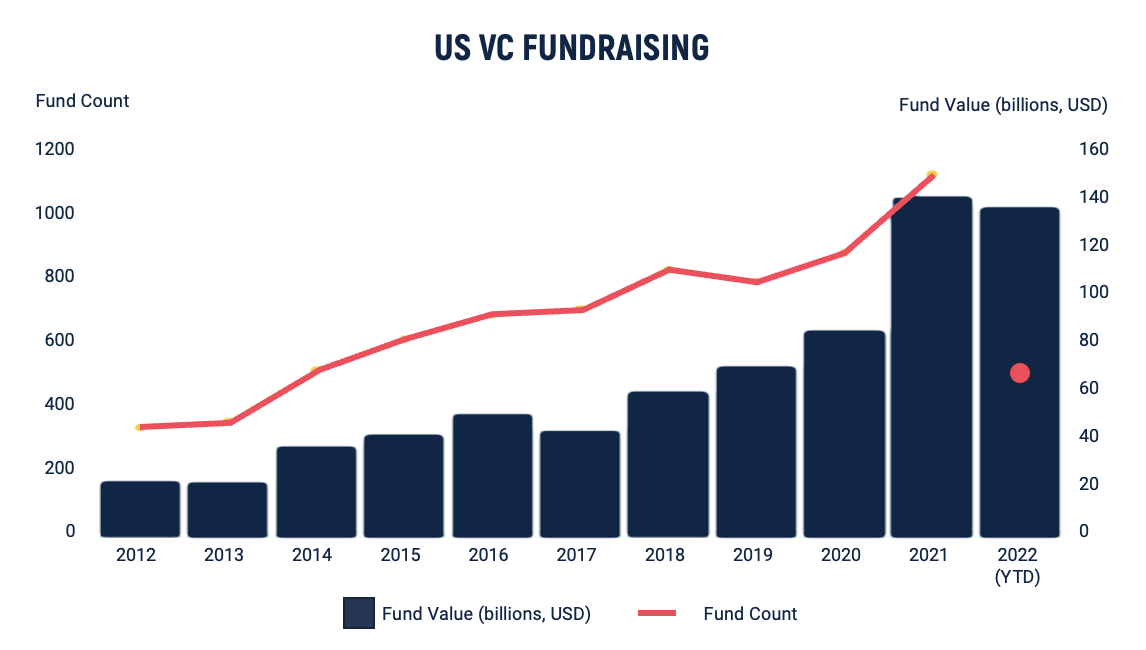 It’s disheartening to find that state pensions can be likened to drunk gamblers on vacation in Vegas.

In 2021, state and local pension funds were fully funded, meaning their assets were equal to the lifetime benefits they promised to pay out. In 2022, that ratio dropped to 75.5%—even with a 25% return in its banner year —and it is poised to drop every further during 2022’s selloffs in stocks and bonds.

The silver lining lies in the return that alternative assets can generate. At CalPERs, PE allocation increased by 9% to $54 billion in the first five months of 2022. Together with real assets and private debt, its private holdings exceed 30%. Venture capital is part of the private equity allocation and is likely to have seen its share increase proportionally.

In other words, pensions have no other way to service their debt except to swing for the fence, and VC is one of the few ways it can do so.

One thing is certain, however. The capital that is contracted to be deployed will be deployed. The parade won’t end until most of this capital has dried up, and that could take a while.

What ultimately happens after that will depend on two main variables: rates and GDP. There are three ways this could go:

Verticals with sky-high valuations driven by an abundance of capital (such as B2B or SaaS) could really see returns hampered because their upside is more connected to a capital market that is much more sensitive to rate rising and GDP outlook. The actual increase in rates or decrease in GDP growth might be marginal, but the capital market might react much more substantially as it has done in 2022 so far.

Other verticals that are less dependent on capital injection and capital market (such as deep tech), however, would be less impacted so long as economic fundamentals do not collapse.

In a highly uncertain environment, pricing discipline is extremely crucial. But when the uncertainty is driven by a rising rate environment that affects capital allocation, portfolio companies that are less capital intensive and have ways to reach cash flow positivity will be better position to survive and thrive.

Being greedy when others are fearful

All three scenarios above all have one thing in common: VCs have to end their nonstop vacation and make their money work. We can anticipate investment activity will resume…eventually. The question of when remains.

Arguably, we are in one of the most interesting, brief periods when “we have so much capital, but we are not yet pulling the trigger.” Whoever pulls the trigger first—and largely—stands to benefit. It explains why round size increases. It also explains why capital is rushing into the seed stage, which logged nearly-flat deal counts and high valuations in 2Q. 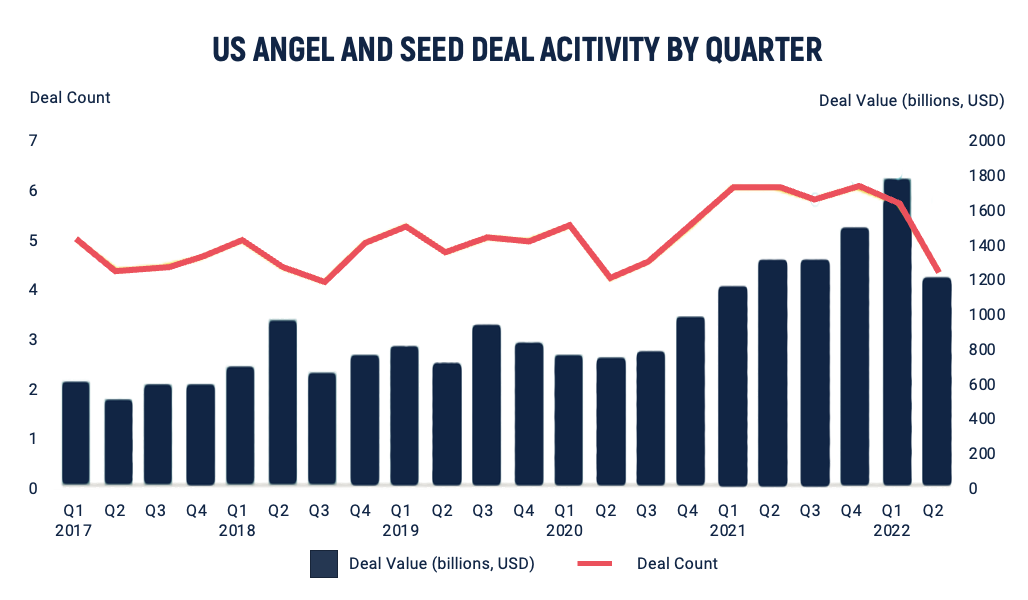 This will not go on forever. The private market is inefficient. Information is slowed to be assembled into deal activity. But all VCs read the Pitchbook and NVCA reports. Many will come to the same conclusion as I did: now is the time to invest.

The key, however, is to have already invested by the time those reports came out.